Cyger welcomed the crowd to the NamesCon 2017 Keynote Hall, telling newcomers to the domaining industry, “The world is in front of you.” The panel’s different strategies and tactics would come into play for these live evaluations, which also raised money for cancer research.

Rosener liked Immediate.com, saying, “Everyone wants immediate gratification.” He said he’d ask for $250,000, expecting a sale at around $150,000. “It’s good for the current culture,” he added.

Rosener said he didn’t know much about the drone market, but imagined that a drone manufacturer or hobby shop in India would snap up Drone.in for maybe $25,000. Cultra agreed: “When I see the word ‘drone’, I get excited.”

Rosener said Rat.com was memorable, but carried negative connotations. Its wholesale price would be around $75,000, but didn’t love it as an investment: “If you’re hanging onto it for five years, you’re not gonna be making a lot of margin.” Schilling said it was “a great word, but didn’t have an incredibly positive connotation.” Cultra said that the new generation might not perceive the stigma around the word “rat” that their parents do.

Schilling said ClosetDesign.com was a winner: “It just feels right.” it would probably sell in the $50,000 range.

He also liked Online.shop, but would keep an eye on its renewal price. He reckoned it was a $30,000 name under the right conditions. Cultra felt that the name was too generic: “It doesn’t represent me.”

Schilling said Preserve.life was worth a few grand, and estimated that SmartUpgrade.com would sell in the high $20,000 range. He wasn’t feeling Self.pub or U4Energy.com, though.

Cultra said 2.cool would be instantly recognizable for a brand.

Most of the items discussed were .COMs, but the panel shared some thoughts on other TLDs. “ccTLDs are strategic. I’d be careful there,” said Schilling, adding that he was a big .CA holder. “.COM.AU does better in Australia than .CA does in Canada,” said Schilling, probably because of Oz’s isolation; whereas Canada is often considered the 51st state. Regarding something like USA.pm, Schilling said, “What the legal department doesn’t like, the marketing department often does!”

Not every name inspires optimism, however. Rosener said that VwgasFever.com “goes out the window.” He said it had “zero value anyway, and has the potential to be a trademark-infringing name.” Schilling said ItsGoodStuff.com would be jettisoned from his own portfolio, lamenting that he has similar ones in his own portfolio.

Some borderline-ditchable names may get enough background-noise traffic to make them worth hanging onto for just a bit longer. Cultra said he’d let go of U4Energy.com: “It’s the kind of name I’d forget to turn on my auto-renewal for.”

A mini-auction then commenced on a few of the featured domain names. Rosener made a $3,000 offered for PublicEye.com, but the owner didn’t accept: he already had $1,500 into it and felt it was worth more. So goes the game.

The panel then examined some no-reserve NameJet domains. DebtMedic.com appealed to Cultra. Schilling didn’t like it, though, describing it as media-unfriendly. He liked FlexLoan.com much more: “It just feels right.” Rosener agreed: “FlexLoan dot com is a great name!” However, he described NoButt.com as “officially the worst name in history.” 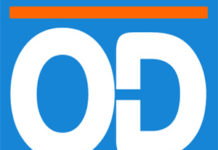