There were lots of twists and turns over the past year as Rightside sold itself.

Domain name company Rightside (NASDAQ:NAME) announced last month that it would be acquired by Donuts for $213 million.

This ended a long and winding road for the company as it began exploring strategic options last year. It has Donuts to thank for pushing this process forward.

Donuts started it by offering to purchase Rightside’s registry business for $70 million last year. The deal came to light in June 2016 after Rightside rebuffed Donuts offer.

According to an SEC filing, Rightside asked its bankers Barclays to look for potential buyers. Two buyers came to the table with indications of interest.

One was Party A, described as a “non-U.S. domain registrar and internet services company.” On September 12, 2016, it submitted a non-binding indication of interest to buy Enom fo $150 million.

The other was Party B, a “leading internet domain registrar and web hosting company”. On September 14 it submitted an indication of interest to buy Rightside for $11.75 per share. Five days later, it upped its offer to $13.50 but stated that it didn’t want to acquire eNom and the deal was conditioned upon a sale of eNom at the same time it acquired Rightside.

The next day, Party B removed the eNom requirement but reiterated that it wasn’t interested in buying eNom. It wanted a 30-day exclusivity period to negotiate the deal, and Rightside’s board authorized this on September 23.

So negotiations with Party B, which wanted to buy all of Rightside other than eNom, commenced. But on October 13 Party A said it could no longer pay $150M for eNom citing “among other reasons, that certain elements of Party A’s own business were underperforming and accordingly, the expected synergies between the eNom business and Party A platforms were lower than previously anticipated.”

Rightside told Party A that it would consider a revised offer.

Meanwhile, Party B said that it “discovered issues during the course of its due diligence evaluation” and planned to offer a revised indication of interest that would have required, once again, that Enom be divested at the time of sale.

Once this happened, Rightside canceled the exclusivity.

On October 26, 2016, Party B sent a revised indication of interest at $8.00 per share for Rightside’s registry, Name.com and aftermarket business but not eNom.

Barclays continued outreach. On October 18 Barclays contacted Party C, a PE and VC firm, to see if it would buy eNom. That firm said its preliminary valuation was only $35 million to $40 million.

Tucows was also contacted. It began due diligence and provided an initial valuation of $70M-$75M. It upped its offer to $82.5M if the expiry stream revenue and Rightside’s 50% of NameJet were included.

Things looked like they were aligning. Tucows would buy eNom and Party B would buy the rest of the company.

Then, on November 28, party B dropped out.

Barclays reached out to 14 potential buyers for the rest of the business and six signed confidentiality agreements.

On April 12, Party D (a large gTLD operator) submitted an indication of interest to buy the registry business for $75M and the aftermarket assets for $11.2. It didn’t want Name.com.

Party F (a leading registry services provider) submitted an indication of interest for the company below the current market share price.

Then on March 24, Party B came to the table again, only to withdraw on March 31.

Donuts entered the picture again on March 27, but on April 12 indicated “Donuts was no longer interested in pursuing a possible strategic transaction with Rightside due to timing considerations in light of changes occurring at Donuts and was withdrawing from the process.”

On May 3, Rightside CEO Taryn Naidu called Donuts CEO Bruce Jaffe to ask him to reconsider.

Party D was still in the mix at this time and Rightside told it that it would need to buy Name.com too. Party D switched course, saying it no longer wanted to buy the aftermarket business and only wanted the registry. It would take Name.com only at a big discount.

The deal is expected to close in the third quarter of this year. 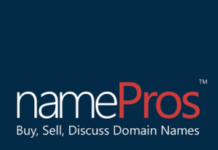 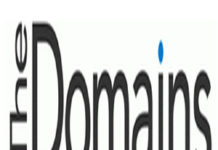 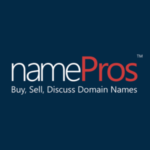 Domain News Admin - February 6, 2023
0
In order to be a successful domain investor, you need plenty of practice or training. You can choose to invest in domain courses, find...